Editor’s Note: This post was originally published on October 27, 2020 and was updated on November 11, 2020 with new findings.

The Apple Event on October 13th, 2020 made waves in the industry with the launch of iPhone 12’s MagSafe that allows accessories – including wireless chargers – to be magnetically snapped onto the back of the iPhone using a “ring” of small magnets positioned around the receiver. Apple claims the new phones can charge wirelessly up to 15 watts, but FCC filings show that is only possible with Apple MagSafe chargers operating at 360KHz. Qi charging speeds are limited to 7.5 watts.

In light of this announcement, the NuCurrent team got to work on answering some of the pressing questions with a teardown of the iPhone 12 to test and analyze the:

Apple’s iPhone 12 and MagSafe charger represent a different approach to wireless charging, but is different always better? In this case, we don’t think so.

How Does The MagSafe Stack Up As A Wireless Charging Transmitter?

The Apple MagSafe wireless charger was clearly designed with iPhone 12 (and future iPhone versions) in mind. The charging speed for a MagSafe with an iPhone 12 is good (about as fast as Qi chargers work under the EPP Qi Spec), but all other iPhones take over 5 hours to charge with the MagSafe, and Android phones can take even longer. 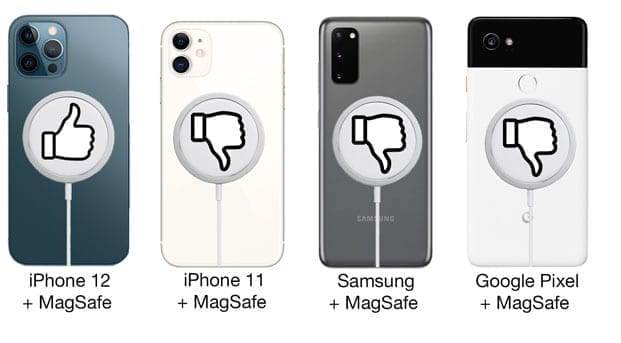 The user experience is more of a toss-up and a matter of preference. Some industry reviewers dislike the experience, equating it to having your phone plugged in (albeit with the plug on the back of the phone instead of the bottom). Others are concerned about damage to the phone and their accessories.

Other industry reviewers find the user experience to be simple and elegant, allowing for an expanded ecosystem of Apple MFi magnetic products like phone sleeves and wallets. Some are even predicting that this spells the end of the Lightning connector on future iPhone models, which will mean that iPhones would soon ONLY charge wirelessly (more on that from us at a later date).

Conclusion: The Apple MagSafe charger works reasonably well with iPhone 12s, but the user experience is a toss-up and the MagSafe charger is sub-par for other phones including, surprisingly, pre-iPhones 12 models.

How Does The iPhone 12 Stack Up As A Wireless Charging Receiver?

The biggest value of Qi wireless charging for phones is likely the convenience of knowing that you can charge your device anywhere a charge spot exists – hotel, rental car, restaurant, office, night stand, etc. The iPhone 12 has preserved this convenience factor by maintaining compatibility (but not certification) with the Qi standard. However, as shown below, the iPhone 12 is lagging its competition in its performance within the Qi ecosystem. 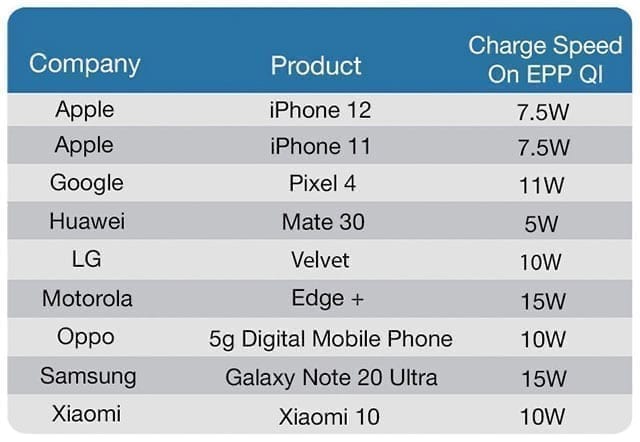 Conclusion: iPhone 12s work on Qi chargers, so customers receive the convenience of wireless charging on the go. However, Android phone manufacturers are outpacing Apple when it comes to developing phones that don’t sacrifice interoperability in pursuit of faster charging speeds.

Apple’s MagSafe solution – which is not Qi-certified – provides the best charging experience for the iPhone12, and that’s it – it’s an Apple solution for Apple products.

So, when it comes to public or multi-user charging infrastructure like cars, furniture, boats, hotels, restaurants, etc., the strongest option is the one that brings together user experience, charging volume, power transfer, interoperability and safety.

NuCurrent’s MP-A17 does exactly that. It is the only Qi-certified transmitter that provides the greatest spatial freedom (3x more distance between coils) and the fastest available charging speeds (15W). This technology is already available in the market via PopSocket’s PopPower Home product, and others are coming to market this year.

To discuss an MP-A17 transmitter design for your product please contact us.

Leading global phone manufacturers are exploring proprietary charging solutions to bring additional value to their customers. Some include faster charging solutions similar to MagSafe (Oppo and Huawei have 40W wireless charging) and others include turning the phone into a charging device (Samsung phones ‘reverse charge’ lower-power devices like earbuds and watches).

Stay tuned for our next installment where we’ll talk about how NuCurrent’s technology and expertise will bring this new era of innovative device charging solutions to market. 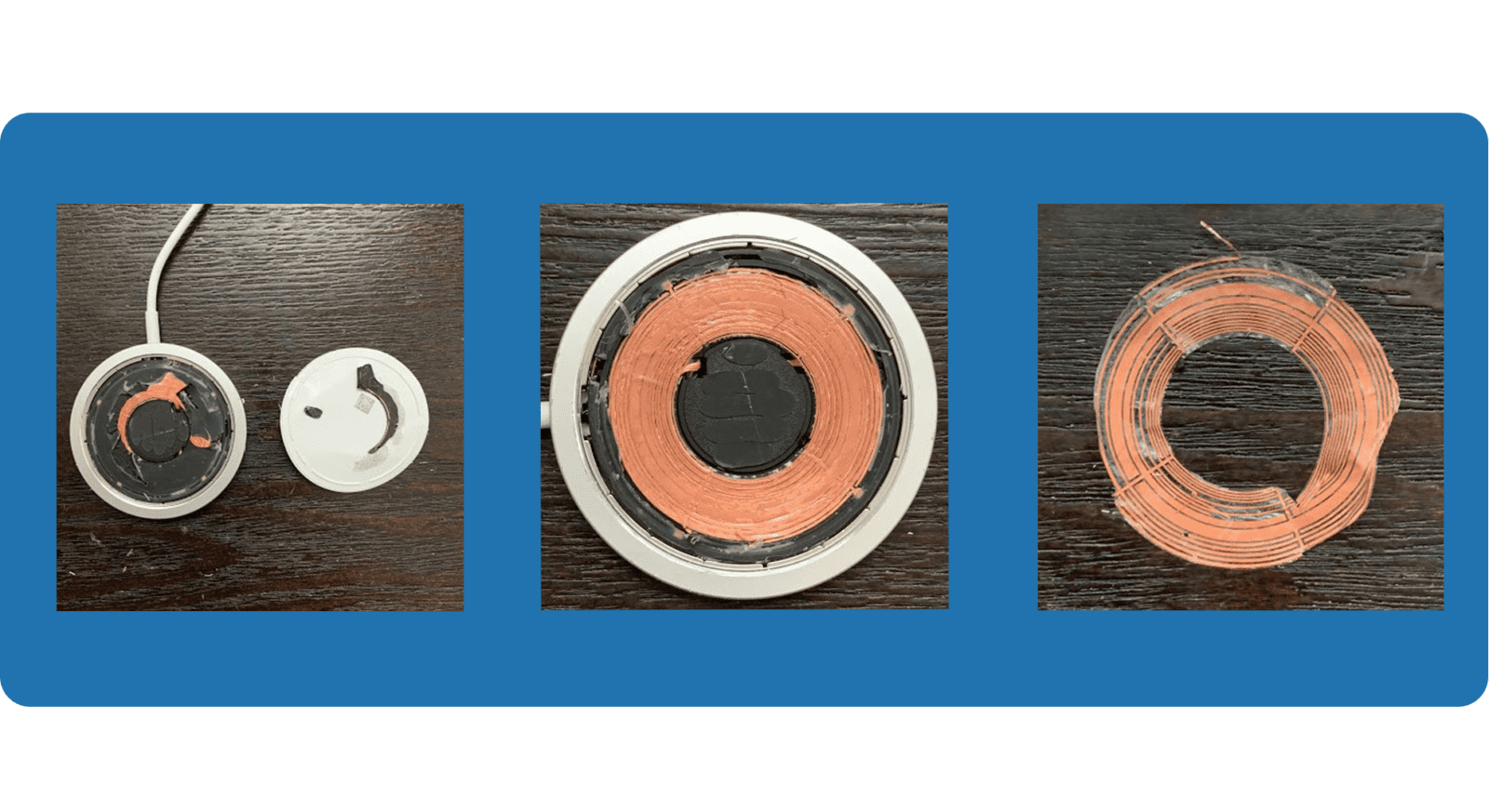