Why Wireless Charging is Here to Stay

Why Wireless Charging is Here to Stay

Emerging technology is subject to skepticism and scrutiny, and wireless power is no different. As engineers and product developers, it’s crucial to absorb these critiques with the aim of advancing the technology’s performance. The Why Wireless Charging is Here to Stay series examines the prevailing critiques of wireless charging. To kick-off, we discussed wireless power transfer capabilities and speed. This time, we’re tackling spatial freedom limitations.

“Wireless Power Is Slow When Compared To Wired Charging”

When the Qi standard emerged as the defacto method of wireless phone charging, wireless chargers operated at 5W, and manufacturers started rolling out flagship Qi-certified phones that were equipped to receive power at those levels. A new, popular feature was born, but wired charging was being delivered as high as 12W, and users wanted more charging speed.

In an effort to improve power transfer (and resulting charging times) Apple and Samsung soon developed proprietary extensions that pushed wireless power levels to 7.5W and 8W, respectively. This narrowed the speed gap between the two charging methods.

In 2018, the Wireless Power Consortium, which governs the Qi standard, standardized the Extended Power Profile (EPP) which specifies wireless charging power levels of 15W. (Fans of NuCurrent will recall that we leveraged EPP to produce the fastest wireless phone charger with the largest charging volume in the PopPower Home Charger). 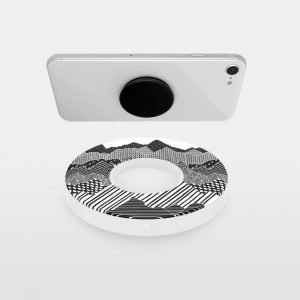 Of course, this is a race that continues to unfold. Charging speeds have continued to climb. For example, Apple now offers 18W wired charging, which is a slight improvement over Qi’s 15W EPP capabilities. Meanwhile, companies like Oppo and Huawei are further intensifying the competition with their new AirVOOC 40W and SuperCharge 40W wireless charging systems. While it’s important to note that these wireless charging solutions are proprietary (ie. not part of the Qi standard), they represent great advancements in the capabilities of wireless charging. These phones – which exist today – charge faster wirelessly than many of their competitors’ phones charge using cables!

Conclusion: In a very short time, wireless charging speeds have narrowed the gap – and in some cases surpassed – their wired counterparts. The 40W wireless charging phones are not yet part of a global standard, but it’s likely those power levels will be part of a future standard. Speed is no longer an issue, and when you consider the added convenience users experience with wireless charging, you have a popular feature that is here to stay.