What started off as RFID for security purposes has, in a little over 20 years, become a universal technology that enables features that many consumers can’t imagine going through daily life without. Today, we’re discussing NFC Wireless Charging and what design considerations should be made for three of its fastest-growing product categories…

What is Near-Field Communication (NFC)?

First thing’s first: NFC is a data-protocol that operates at 13.56MHz and can deliver data at up to 10 cm of separation between transmitter and receiver. Today, most know NFC as the technology that drives cashless payments, inventory tracking, time and attendance records, transportation ticketing and verifies products (i.e. tap-to-pay, merchandise security tags, authorized visitor tracking, digital boarding passes and even vape pod authentication, respectively). The maximum data transfer rate of NFC is 848 kbps.

What is NFC Charging?

NFC Charging utilizes NFC to transmit small amounts of wireless power and data from a single coil. In May 2020, the NFC Forum, the global standards and advocacy association for NFC technology, announced the ratification of the NFC Charging Specification (WLC) 1.0 allowing up to 0.5W and 106kbps to small devices.

The ratification of NFC WLC, signaled that wireless power would soon be adopted by the thousands of devices that were previously deemed “incompatible” with wireless power, due to: 1) having too small of form-factors for Qi wireless charging technology – the leading wireless power technology in mass production today and; 2) the lack of regulated, commercialized RF-based solutions for charging lower-power devices at a distance (especially ones that are constantly moving).

Fast-forward to Oct. 2021, when the NFC Forum rolled out an update to their specification. NFC WLC 2.0 increases the transmitted power levels to 1W or about 500mW received; supports even smaller antenna sizes; and allows for “reverse” wireless charging between two NFC-enabled devices.

Above Image: Earbuds rest on the back of a smartphone to depict what NFC “reverse” wireless charging would look like in use

Why is NuCurrent a Leader in NFC Charging?

As an NXP Gold Partner and developer of NFC charging technology since 2018, NuCurrent has unparalleled experience and early-stage access to core architectures and technologies that other solutions providers in our industry simply don’t have. With this experience and access, NuCurrent has developed capabilities to design solutions that can achieve up to 3W received or 848kbps – delivering 600% more power and 800% more data* than the NFC WLC 2.0.

Even better, our NFC power and data solutions have made it off the test bench and into real products that are in mass-production today. So, with all of this potential for NFC charging in small, space-constrained devices, you may be wondering what design considerations NuCurrent has made when integrating this technology into the fastest growing categories for NFC charging. Let’s dive right in!

Due to its operating frequency (13.56MHz), NFC Charging utilizes an inductive resonant wireless power transfer method that relies on lower coupling levels, while maintaining high efficiency. Out of the seven types of wireless charging, this provides a significantly improved spatial freedom performance in coil placement, allowing for increased positioning flexibility which is perfect for wirelessly charging non-flat or “curvy” devices like earbuds. It also allows for charging of multiple receivers from a single transmitter. 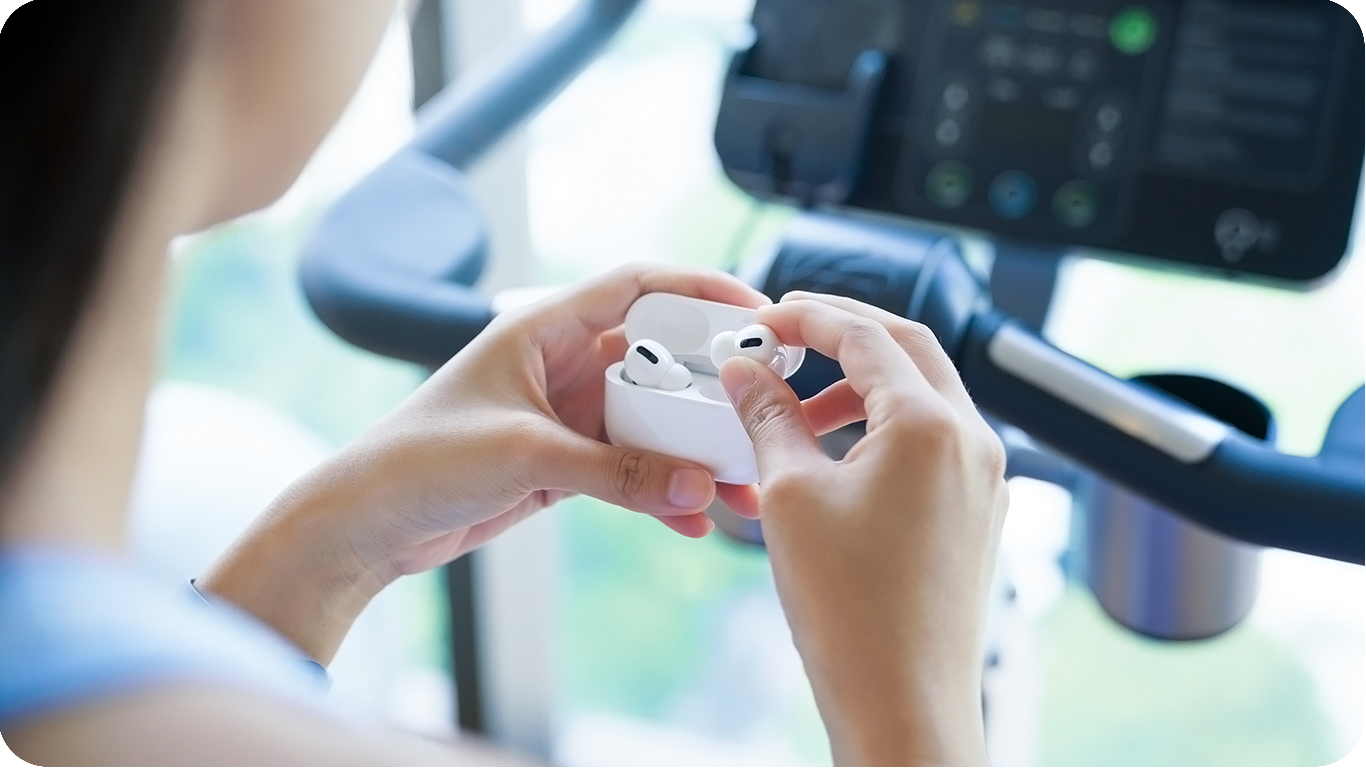 In earbud applications, efficiency is key. Typically, with these small form factors, the battery in the earbud case will charge the two smaller batteries in each earbud. NFC charging for earbuds is a great match because the high efficiency addresses the small form factors that Qi fails to support. This ultimately leads to increased design flexibility and options on both the transmitter and receiver side, positively impacting industrial design decisions. 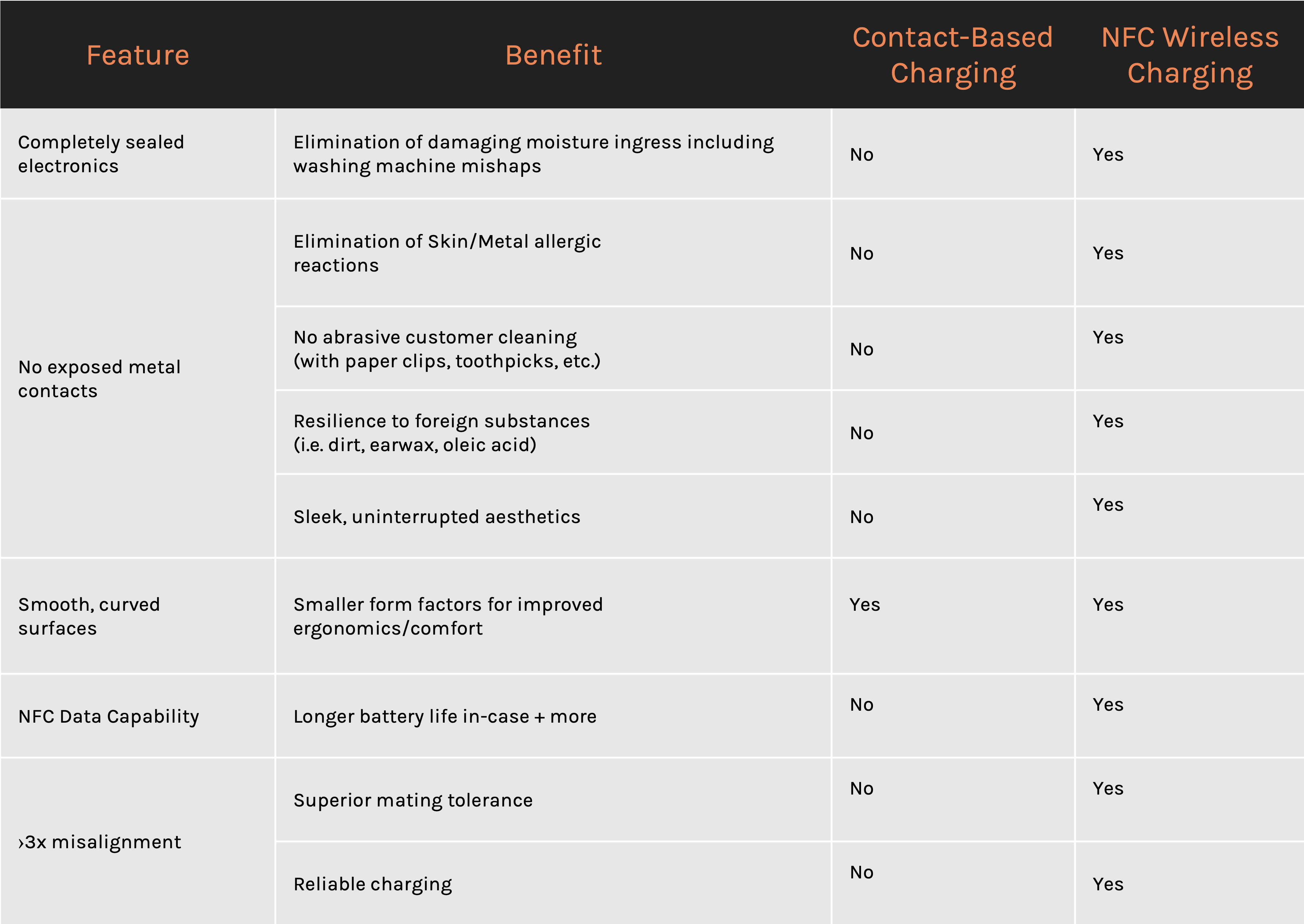 NFC charging also has the upper-hand when addressing ultra-slim form factors, like those seen across the stylus product category. In 2019, NuCurrent worked with NXP Semiconductors to co-develop a stylus reference design that was later adopted by the Universal Stylus Initiative for the Version 2.0 Specification that added NFC Charging in Feb. 2022.

What’s more? In real-world use-cases, styluses are often used in close proximity to metal. Knowing this, NuCurrent has developed stylus solutions that can not only operate within the metallic environments, but use the metal to help “boost” the magnetic fields. Thereby further increasing the spatial freedom of the stylus and ultimately improving the user experience! 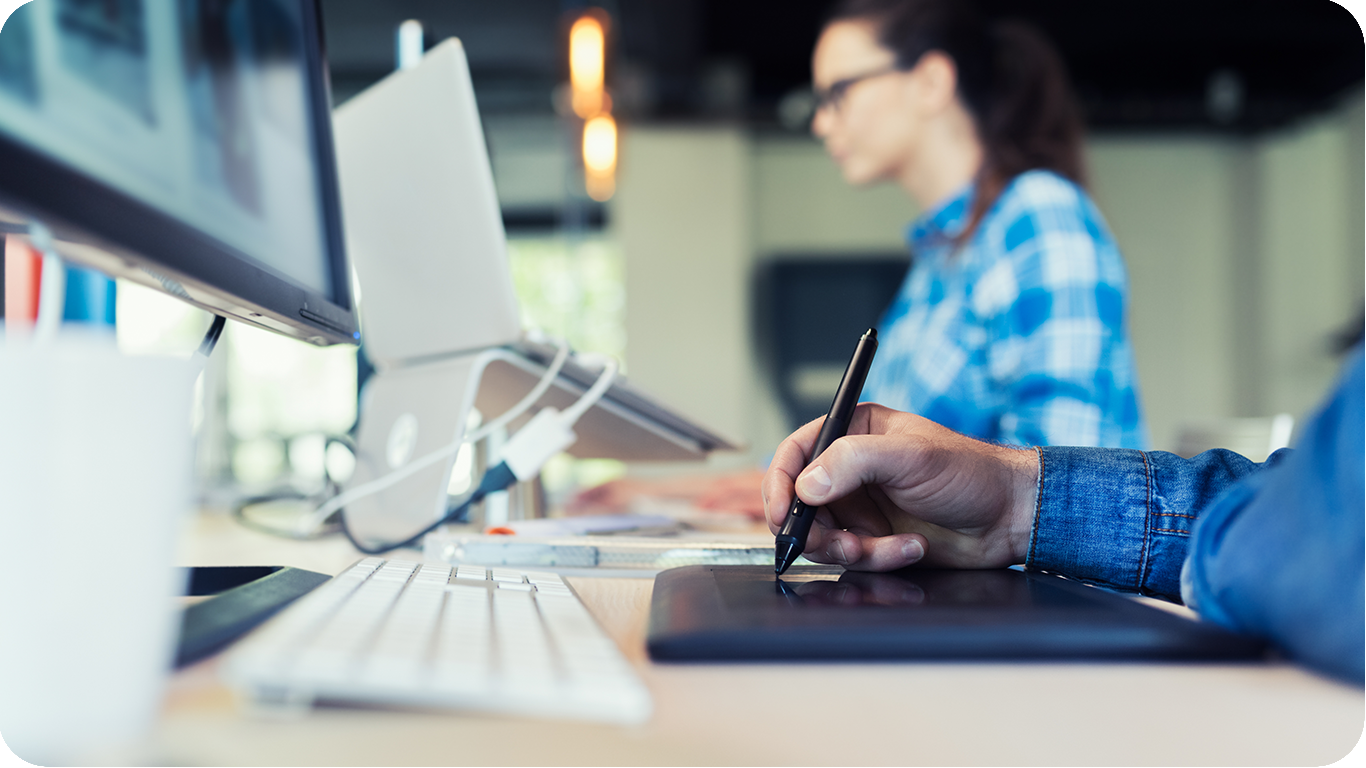 So, what should stylus product developers be considering?

Finally, NFC’s combined power and data capabilities allows for great advantages to wearable devices, including the removal of copper pogo pins (also referred to as spring clips). Historically, the integration of pogo pins in products complicates the design and manufacturing processes. For users, pogo pins also require precise alignment and proper care to eliminate the potential for liquid/debris to cause corrosion or ingress. All of this can significantly downgrade user experience.

For customer WHOOP (a digital fitness and health coach platform), NuCurrent helped address these common challenges by developing a custom NFC solution for the wrist-wearable along with a charge-while-you-wear battery pack that transmits 2.4x more power and 8x faster data rates than the NFC WLC specification – setting a new performance standard for all NFC charging devices on the market. 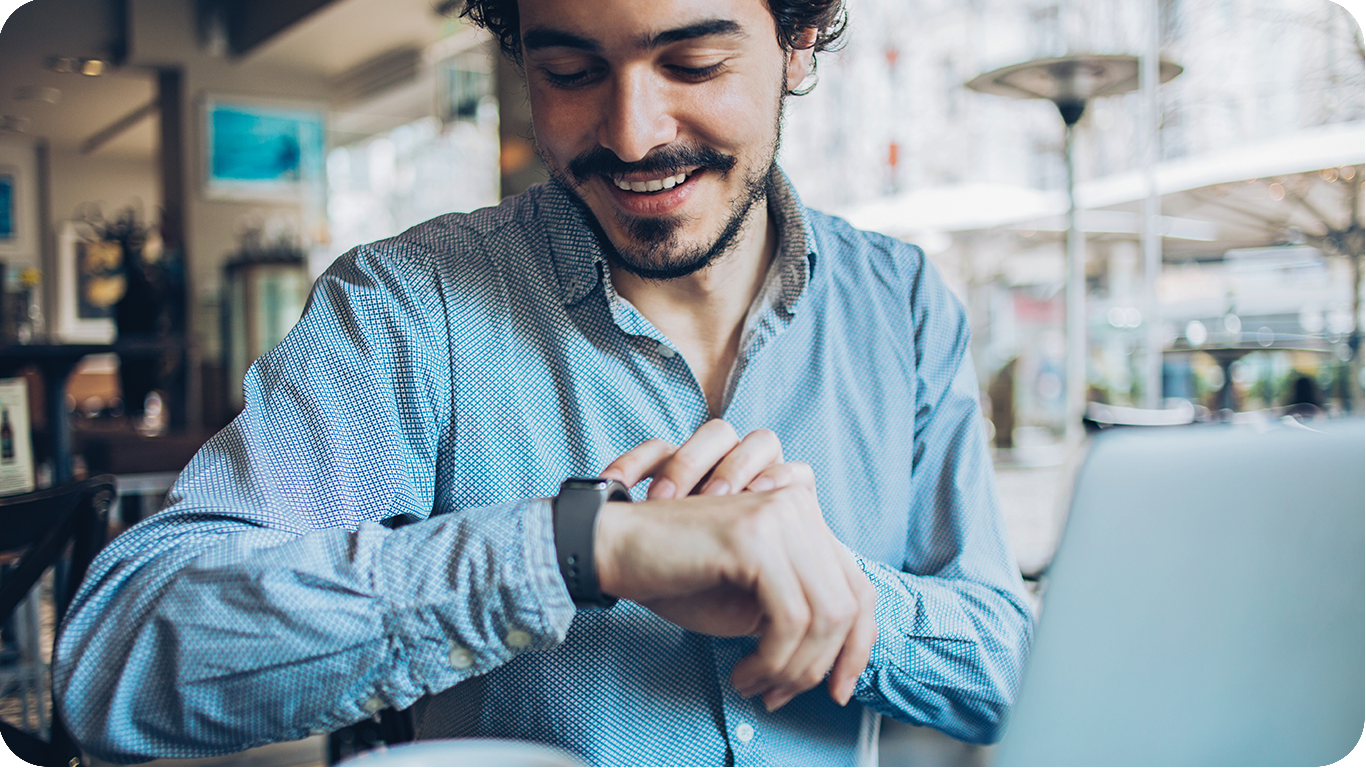 So, what questions are needed to jumpstart a project on NFC charging for wrist-wearables? Product designers must be able to answer the following:

What Products will use NFC Charging in the Future?

What Products will use NFC Charging in the Future?

There is a lot in store for NFC Charging beyond earbuds, styluses and wearables. Chances are, if it’s small and can benefit from power and data, it’s a likely fit. Have a project in mind? Explore our NuEva Development Platform for NFC WLC and custom solutions or contact the experts at NuCurrent today.

*The WLC 2.0 allows for support up to T4T Tags and T5T Tags which technically allow data speeds up to 848kbps. NuCurrent’s solution for WHOOP 4.0 is the only commercially available solution that can support full T4T data rates (848kbps).

Ready to discuss an NFC WLC or custom solution?